My first ever encounter with a dumpling was on the streets of Delhi or so i thought… Eating chicken momos, the only item everyone thought to be a dumpling and some still do think that, that is the length and breadth of dumplings. But irrespective of their understanding, everyone loves dumplings. So much so, that every culture has its own version. But before we all start daydreaming about our favourite dumplings, lets take a pause, and ask one simple question to ourselves. Do we really know what a dumpling is? There is no pun intended here, nor any sarcasm, nor is anything satirical conspiring. This is a simple question because there is so much about these cute looking creations that most of us are unaware of. According to definition a dumpling is any filling wrapped in dough. It can be steamed, fried or boiled. But what about its invention? If all cuisines have dumplings, clearly, it doesn’t take a rocket scientist to figure out that anything wrapped in dough will be appetizing… so let’s not bamboozle ourselves in the history of it all.

So what is a dumpling again? Are samosas, empanadas, wontons and bourekas dumplings? Yes! Kreplach, pierogi, raviolis, xiao long bao, tortellinis… the list goes on and on, these all are dumplings from different countries.

Pierogi are Poland’s pride. The national dish of Poland, semi-circular dumplings are made from unleavened dough and stuffed with fillings ranging from potatoes, cheese, mushrooms, cabbage, sauerkraut, berries etc. It is said every holiday in Poland has its own Pierogi. The flavour for Christmas will be different from a Pierogi at a wedding.

Raviolis are my personal favourite! These square shaped stuffed pasta with potatoes, spinach, ricotta cheese, beef, chicken, seafood etc. are absolutely glorious. The array of fillings is gigantic due to the so called regional “tradition”. Current ravioli-making traditions all around the globe are influenced by regional flavour profiles and ingredients found locally, rather than imitating the identical recipe one knows from childhood. So if you are in Sicily, you make a ravioli stuffed with sea bass probably with a tomato sauce. If you are in Puglia, you might make it with beef or lamb. The fundamental concept behind Italian cooking is the use of fresh locally available ingredients. If you remember, my blog post about pizza, the Italian version had this very same difference. They use fresh tomatoes. The goodness of fresh ingredients, locally sourced is unmatched and that is the beauty of the Italian culinary scene.

Xiao Long Bao, or soup dumplings as we call it in English, literally translates to “little basket buns”. These Chinese dumplings are a variety of steamed buns from Jiangsu province. The soup dumplings are a cross between Baozi and Jiaozi, with the form of Baozi but non-leavened wrappers like Jiaozi. What distinguishes Xiao Long Bao is its incredibly delicate, thin wrapping and the exquisite “soup” inside.

A dumpling close to my heart and cherished by all Indians, a samosa is a triangular fried dumpling stuffed with potatoes and often served with tamarind or mint chutney. It also is served with onions, tomatoes, yogurt, coriander and pomegranate in the form of ‘chaat’.

It actually belongs to the Middle East. It was brought to India by Mughals when they ruled the country with meat fillings. Due to the majority vegetarian population, potato was a replacement for meat. Soon it became everyone’s favourite and is now a famous snack in the streets of Old Delhi and highways and by lanes of India. Vendors have started experimenting with the filling like noodles, khoya, fish, processed cheese etc.

Jiaozi, crescent shaped Chinese dumplings, mainly consumed in the Lunar Year are a beloved food item in China and East India. These dumplings came to be in fruition when Zhang Zhongjing, the “Medicine Saint” of Chinese history, arrived to his homeland one winter and found that many people’s ears were frostbitten. He made the conscious decision to wrap mutton, chilli, and some medicinal herbs in the dumpling dough and soon the town recovered. After the recovery, Jiaozi became an emblem of warmth, compassion and home and till date, stands by the same.

Empanadas are baked or fried turnovers found almost everywhere in Argentina. It is believed that Spanish immigrants brought empanadas with them to Argentina. Empanada is the Spanish word for “patties”, so the history of it isn’t just confined to Spain. As I said in one of my earlier blogs, language is a bewildering muse. But one thing is for sure, it needs to be half-moon shaped. The prime filling is beef but mushrooms, shrimps, mussels and vegetables are also used.

In simple words, gnocchi is a dumpling made of flour and potatoes. But just like the ravioli, you ask people living in different parts of Italy and there answer will be different. It’s said that potato is traditional but what is tradition anyways? Gnocchi was made way before potatoes arrived to Italy and then suddenly potatoes became the tradition. I think the word itself has different meanings to different people.

The first time I ever made gnocchi was in college whilst studying culinary arts. We made the dough and rolled it into small pieces and threw them in boiling water. Our chef told us it should seem like a ‘pillow’. That’s the secret to gnocchi, soft and airy. It can be accompanied with olive oil, lemon butter sauce or a hearty tomato sauce. People even have it as a salad with fresh mozzarella and pesto!

Brazilian teardrop croquettes are credited to be the most delicious street food. To me, they look like an edible beauty blender. They are stuffed with chicken and cheese mainly. Onion tomatoes, parsley and cream cheese is also added at some locations. The origin dates back to Sao Paulo. The son of Princess Isabel and Prince Gaston, adored chicken. He did, however, simply eat the thigh. One day, the royal couple’s chef ran out of chicken thighs so shredded chicken was coated in flour and moulded into a teardrop shape to resemble a thigh. The snack grew popular after she took it to court, and it became known as coxinhas. They are still teardrop-shaped to resemble a chicken thigh nowadays.

Sweet Indian dumplings often made with rice flour and sometimes wheat and semolina, are a beloved sweet in the state of Maharashtra, India. Usually filled with coconut, jaggery, some nuts and cardamom, this sweet is offered to Lord Ganesha at the time of Ganesh Chaturthi as well. During this iconic festival, Modak becomes a prize and a trophy for the fortunate one who discovers a coin hidden in it.

Shumai are open topped dumplings filled with pork and sometimes shrimp. Shumai are often known as dry-steamed since the outside is dry and the interior is packed with flavourful fluid. This luscious filling is produced from the juice of the meat and shrimp that gets extracted during the steaming process. It is a popular snack in the boulevards of Hong Kong.

Well, hope this is enough to whet our appetites like never before because there are many forms of dumplings not present in this list. Discover whether your favourite snack is a dumpling or not and do share your experience.

« BEAN-CURRENCY-BAR: A TALE OF CHOCOLATE

A MORNING IN MONTMARTRE » 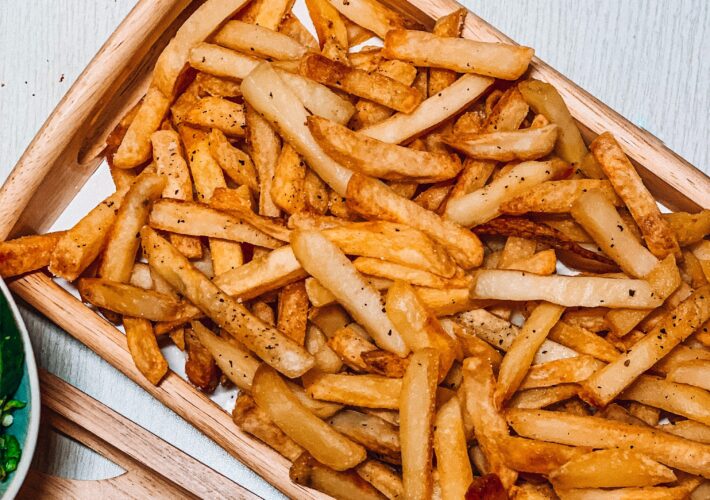 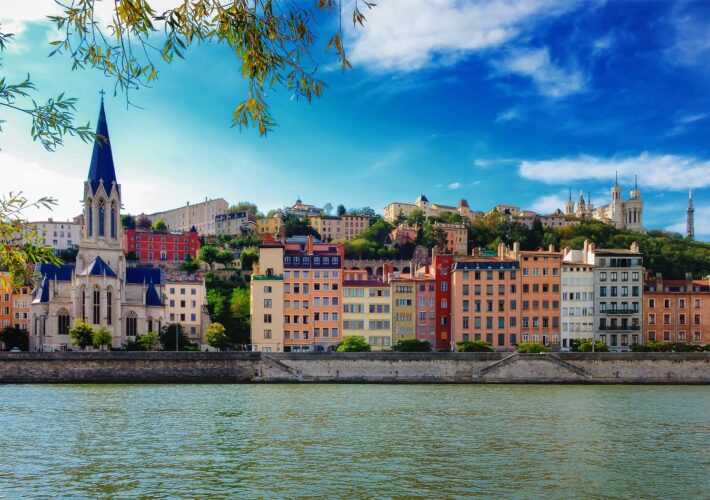 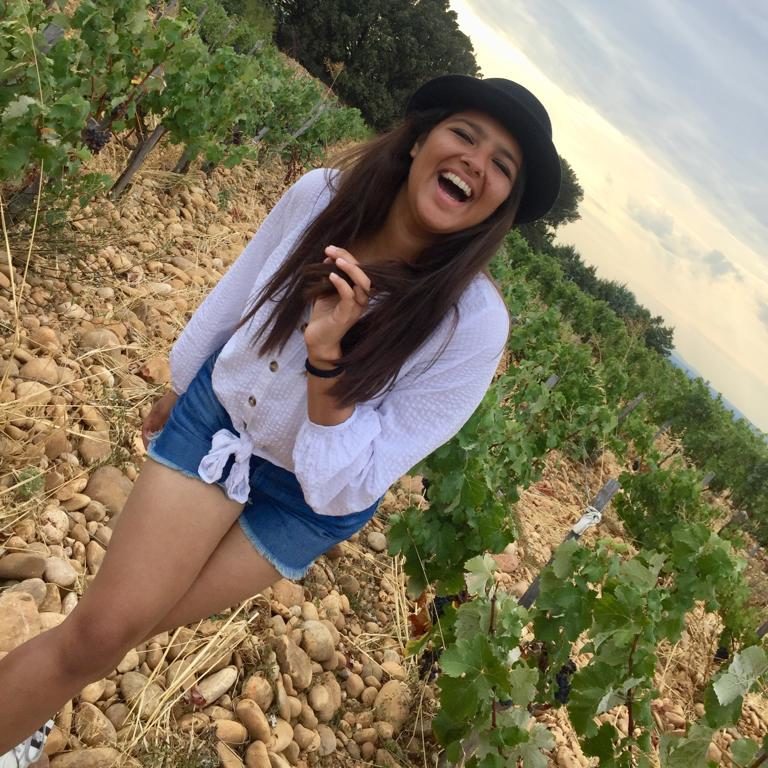 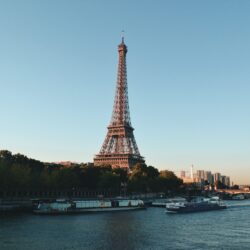 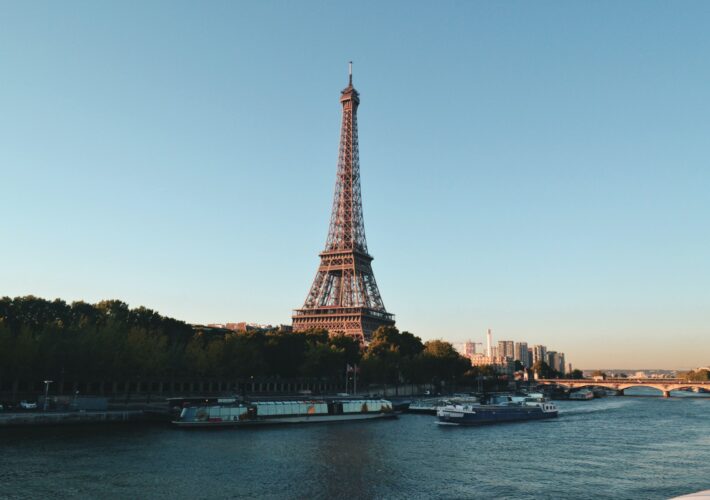